This is another Verve/Impulse! 2-for-1 CD (buy it from Amazon), but one combining two possibly more obscure albums than the titles by Alice Coltrane, Sonny Rollins, Pharoah Sanders, Albert Ayler and Elvin Jones that I reviewed previously. Michael White was a jazz violinist who played on Sanders’s album Thembi and was part of the string ensemble Coltrane assembled to augment recordings of her late husband on the underrated Infinity. He was also part of alto saxophonist John Handy‘s quintet in the mid ’60s, recording for Columbia, and made three albums as part of the electric fusion quartet The Fourth Way. Spirit Dance and Pneuma were the first two of five records White made for Impulse! between 1971 and 1974. The other three—The Land of Spirit and Light, Father Music, Mother Dance and Go With the Flow—remain out of print. 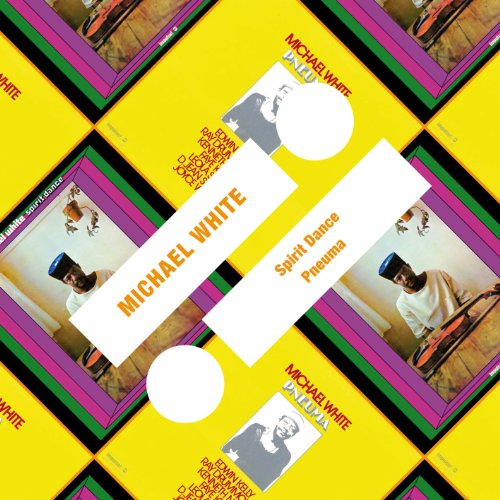 The seven tracks that make up Spirit Dance are very much in the mode of Sanders’s work from the same period. There’s a general Afro-spiritualness to the sound, with gospel-ish piano backed by hand drums and throbbing, heartbeat-esque bass lines; there are no horns, though. Smith’s violin is the lead instrument, and his tone is sharp and biting, sometimes hinting at hillbilly fiddle styles, other times at the gypsy-folk-with-a-twist of Bela Bartok‘s string quartets. On the final track, “Praise Innocence,” he and several children sing a chant-like melody.

The second album, Pneuma, is more multifaceted and consequently more interesting. It begins with the title track, a five-part, 20-minute suite that starts with bells and hand-held percussion from Kenneth Nash and weirdly ominous, almost horror-film piano chords from Ed Kelly. White’s violin playing is sparse at first, creating dragging sounds with the strings as if to encourage Kelly’s haunted-house tendencies, but then he starts sawing away wildly. It’s not until the second part that a melody begins to emerge, and again it’s oddly Carpathian, nothing like the Afro-jazz of the previous album and a strange contrast to what Nash is doing in the back. Toward the end of the second part, bassist Ray Drummond solos. That’s followed by Kelly’s piano solo, which is rather explosive, splitting the difference between Cecil Taylor‘s two-handed tidal waves of sound and Bobby Few‘s gospel-Armageddon block chords; this continues into part four, during which Nash and Kelly go at each other rather forcefully. It’s not until part five that White returns, to bring it all home. This is an extremely abstract piece, more a sequence of events than a coherent musical statement, sounding more influenced by the work of the AACM than anything else on either disc.

The three pieces making up the second half of Pneuma—”Ebony Plaza,” “Journey of the Black Star,” and “The Blessing Song”—are much more groove-oriented, with melodies that combine polyrhythmic African vamps with McCoy Tyner-esque piano and hillbilly fiddling from White. On the latter two tracks, the quartet of musicians are joined by four female vocalists—Faye Kelly, Leola Sharp, D. Jean Skinner, and Joyce Walker—who sing wordlessly on “Journey” and repeat a chorus (“Lord come into our hearts with thy blessing/Lord come into our hearts with your love”) over a simple melodic figure from White and more Tyner-ish piano. This piece, more than anything else on Pneuma, feels like it could have come from a Sanders album of the time. Indeed, an epic, wall-demolishing, reed-chewing saxophone solo would really have added something to it. The core of the piece is just a little bit too mantra-like, and White’s violin not quite dominant enough. The violin needs to be a co-lead instrument, something “The Blessing Song” demonstrates to its detriment.

Both these albums have a lot to recommend them. Neither is essential or some kind of tragically overlooked masterpiece, but fans of this type of early ’70s dashikis-and-shakers jazz will enjoy them quite a bit.