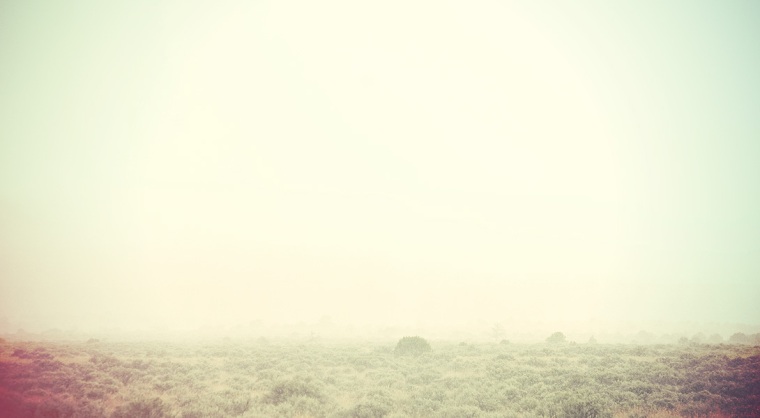 Culturally speaking, it can be overwhelming to absorb the enormous number of images we are exposed to in a given day. Nevertheless, countless of these images do capture our attention for a fleeting moment, though they are easily forgettable. Too often, they look like a simple imitation of iconic images from photography’s rich history, but don’t equate in mood, so they fall short for the viewer.

The instantaneous gratification of seeing an image online, where the whole world can view it, does sound appealing, but just because it gets millions of hits doesn’t mean it is a good image. In a way, technology has made things too easy, just look at cameras that provide automatic focusing and framing. However, sharpness alone doesn’t make a photograph unforgettable; for instance, the photographer Uta Barth uses blurriness as a device to question what constitutes a subject in photography. Thus, the blurriness is what makes Barth’s images memorable.

So what makes a photograph remarkable? One view is that it provides a window into the world of both subject and photographer. This is a lot to figure out from a frozen moment, but a good photograph opens a portal to not only the formal aspects but also the psychological, technological and epistemological underpinnings.

Coming across the photographs of Taylor Deupree online is inspirational, although his images have been featured on dozens of CD covers from his record label 12k. It is fascinating to see how substantial his photographs are, removed from their context as design elements, and yet the images retain an essential graphic quality, possibly inescapable based on Deupree’s work as a graphic designer. Deupree is also a sound artist, and has collaborated with many other artists in that field.

Primary subjects in Deupree’s photography are architecture and nature. The overall treatment of the subjects is to transform the banal into something completely unknown, or to focus on the altered landscape. In Window Study, February 29, an abstract minimalist depiction of the condensation on a window with a bluish hue, except there is no uniformity to the condensation; in fact, there is a section where no water has formed. Within this area, one can see shadows of unknown objects. Shadows also exist behind the condensation, which indicates that the beauty exists in the shadows. This photograph says a few things about Deupree, especially from an aesthetic angle. Clearly, his sensibilities are attuned to minimalism, nature and imperfection.

Consequently, it is possible in this image-filled world to find an antidote to the growing numbness created by the endless parade of non-thought-provoking photographs. There is no denying the camera is a great social instrument, but it doesn’t come close to exposing everything visually and imaginatively possible. Furthermore, the potential is still growing, with some individuals exploring cameraless techniques. Another way photography is developing in a different way is through the work of individuals who are involved in other creative channels as well, like Deupree.

Taylor Deupree shared his views on photography and his creative process with Burning Ambulance in the interview below. 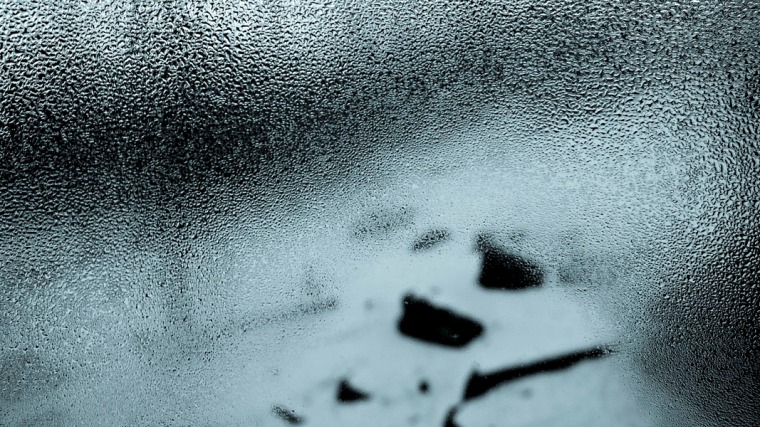 Can you please describe the category of “empty spaces” in your portfolio, and why do you use that phrase when all your images are barren of people?

The idea of “empty spaces” probably sums up the whole of my photography the best… be it nature or architectural. To me “empty spaces” implies quietude, a sense of silence and breath. It also talks about humanity, not just the simple lack of (i.e., rarely any people in my photos) but more specifically the fact that when humans are gone, when people abandon a place, nature always prevails. Nature always wins. I love decayed and abandoned spaces for this reason. There is much beauty in these places that nature has reclaimed, while the ghosts of human presence still hover. You get these uncomfortable moments where nature and civilization are at battle, but everything returns to nature. It is about life, death, and time.

Several of your subjects are related to nature, emphasizing its sublimity, but in the atmospheric images there seems to be an unnerving quality to them. Is this a contrast you want to emphasize, in your portrayal of nature?

I think this may be related to the points above. I am really after quiet spaces and the power of nature displayed in the subtlest of ways. I definitely don’t want my nature photos to simply just be “pretty” or border on the trite. Even in nature photography I tend to find open spaces, stark, empty, quiet… tactile… while still being beautiful and powerful. And often the vastness of nature, to show how it overpowers humanity. That can be unnerving.

Things usually considered mundane, like the window studies or the sky photographs, are not typical subject matter for most individuals. Another photographer who also explored these kinds of subjects was Minor White, but he fostered a spiritual connection to his interest in these themes. Do you have the same aims White had for exploring these motifs?

While I’ve heard of Minor White, I can’t say I’m familiar with his work. In fact, I’m not familiar with many photographers’ work at all, but I’ll get to that in detail below. However, as a photographer, I am always looking. Just as I’m always listening as a musician. My eyes are always cameras and I tend to seek out the beauty and simplicity in everything. So while something may seem mundane… yes, we look out windows every day… but the drops of condensation that may be on those windows, look how they distort the reality beyond the glass. Or the blue sky. It’s not just blue, there are hundreds of shades of blue and then perhaps when taken with a Polaroid, this process creates artifacts from technical flaws or shortcomings which may enhance or alter part of that simple image, thus rendering something more cerebral. Sometimes, as with images of the sky, it’s about a grouping as well. Perhaps as individual images they can be bland, but if you see a dozen blue fields of sky it can be quite special. It’s influenced by the colorfield and minimalist artists.

Some of your photographs are abstract to the point that the subject vanishes, in particular the ones under the category of “occur.” What sorts of objects did you start with, and why did you alter them the way you did?

Occur was an old project of mine that went along with music I did at the time and that I created a CD release for. It was about capturing fleeting moments. Singular happenings in time. The photographs and effects were all done in camera, nothing in Photoshop. Simple over-exposing. The subjects were not important to the project because the process rendered them fairly abstract, but they were mostly, and obviously, city images. It was a project about the rush of the city, the things that happen in a flash all around us and then are gone and forgotten. 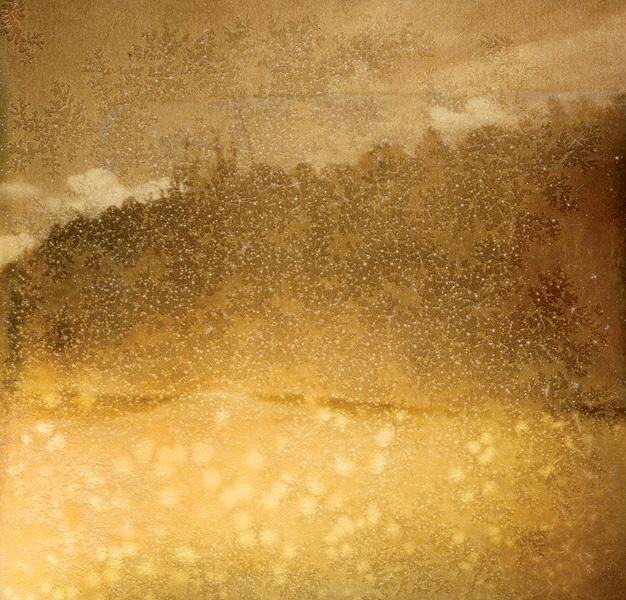 When it comes to photography, who are your influences, and has your background in other forms of creative endeavors shaped your photographic work?

Even though I have a bachelor’s degree in photography and spent four years of university studying photography, I am not knowledgeable on many photographers. I didn’t take many historical classes at college, instead opting for alternative process and more technical classes… as well as having the majority of my time focused outside of school on my music career. It’s not until after school that I discovered maybe my biggest photographic influence which is Hiroshi Sugimoto, and in particular his Seascapes series. Seascapes, to me, is very similar to what my work is about, photographic and musical: stillness, repetition, emptiness, quietness. When I was introduced to this work of his it was really profound, not because it felt new to me, but because it felt so familiar. Because I felt like I was approaching art in the same ways, so he felt like a kindred spirit. I am also quite fond of the winter photography of Michael Kenna, who also follows a similar aesthetic in black and white photography. Other than those two I don’t follow names so much.

Besides using Polaroid and a Holga, what other equipment or techniques are you using? Any cameraless techniques?

No cameraless techniques. I did experiment with that in school when I had access to the darkrooms and equipment. But now, along with the Holga and Polaroid cameras, I use a digital SLR as well as my iPhone quite a bit. The iPhone I use for snapshots (which can sometimes be good enough to use on an album cover for someone) but I stick to the bigger Nikon for most of my “serious” work. Having worked in the graphic design field for the better part of 20 years, I know a lot of Photoshop so I tend to use that for color correction and post editing. I don’t manipulate subject matter with Photoshop, that’s not what my work is about.

The act of photography has become so instantaneous nowadays that everyone is a photographer, and almost no craft is required with digital technology; is this something that you contemplate when you look through the viewfinder?

Absolutely… especially when I’m using the iPhone. There are so many iPhone apps to simulate Polaroid and other vintage techniques… and I love these, I think they’re great… but they’re also cheating to me and I don’t take them as seriously as I do work created by more organic and traditional means. It’s true that everyone is a photographer and I think that’s a great thing (better than everyone being a “musician” which is also true these days and I don’t think it’s such a great thing). Photography is such an important part of humanity and as well can be so instant and permanent. However, just because everyone is carrying a capable camera in their pockets doesn’t make them a “photographer” to me. There is still an eye to be had, still a talent and grace that separates the lovers, artists and craftsmen from the casual photographer. Not that great images aren’t taken by casual snapshot photographers (my father, in fact, does a lot of work in this field of collecting and archiving fantastic snapshot photographers from decades ago).