Krallice are a supergroup of sorts who’ve taken black metal and pumped it full of fretboard gymnastics reminiscent of the Mahavishnu Orchestra. Their self-titled 2008 debut  was a six-song explosion of hoarse screams, avalanche-like blast beats and stunningly intertwined guitar riffs from Mick Barr (Orthrelm, Ocrilim, Octis) and Colin Marston (Behold the Arctopus, Dysrhythmia, Gorguts). Each track erupted in virtuosity—solos rocket out of nowhere, riffs took sudden sharp turns. It was breathtaking, but impossible to absorb or decipher without multiple focused listens.

A year later, they released Dimensional Bleedthrough, which was not only much longer than the debut (77 minutes versus 60) but also denser and more intensely focused. Songs seemed to combine the focused repetition of Philip Glass‘s Music with Changing Parts (or Orthrelm‘s OV) with the aggressive but disciplined complexity of Yes. Four of the album’s seven songs were more than 10 minutes long; the final track, “Monolith of Possession,” took a staggering 18:43 to unfold.

On 2011’s Diotima, they evolved again, bringing the pieces down to a more manageable length (the longest, “Litany of Regrets,” being a mere 13:38) and introducing guttural, almost ursine roars from bassist Nick McMaster to counter Barr’s fierce screams. Their sound remained based in black metal—high-pitched tremolo guitar riffing and endlessly blasting drums, with the addition of a deep, resonant bass sound—but their complex, prog rock structures were far beyond the capacity of your average corpse-painted schlub. It was their greatest achievement to date. 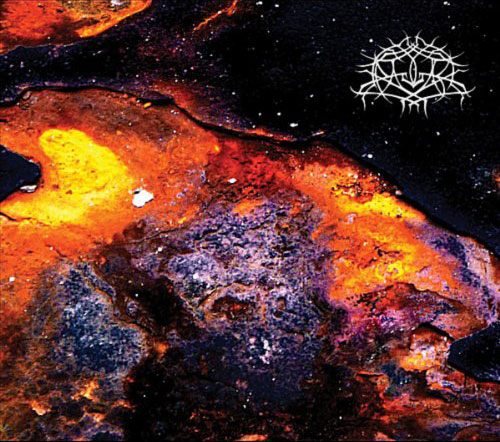 While they haven’t topped themselves again on Years Past Matter (buy it from Amazon), they haven’t lost any ground either. Each of the previous three came out on the Canadian label Profound Lore, but this one is self-released, and it has some subtle differences that set it apart from its predecessors. For one thing, they’ve abandoned the somewhat typically black metal-ish song titles of the previous three records in favor of minimalist labeling of a type one might see on some of Mick Barr‘s solo releases: the pieces are simply titled “IIIIIII,” “IIIIIIII,” “IIIIIIIII,” “IIIIIIIIII,” “IIIIIIIIIII,” and “IIIIIIIIIIII.” For another, there are elements of drone present that weren’t as prominent in the past; multiple tracks begin with subtle, almost atmospheric drones, and “IIIIIIIIII” features subtle choral-style voices in the background, layered beneath a quite beautiful guitar figure and slow, ritualistic drumming. After a minute or so, the usual Krallice riffage begins, but the beautiful guitar figure remains buried within the storm. The biggest surprise, though, is probably “IIIIIIIIIII,” which is an under-two-minute interlude of cymbals, feedback and slowly rising guitar and bass, almost doom-like, which leads into the album’s near-17-minute final track, “IIIIIIIIIIII.” This might be the most anthemic and conventionally metallic track on the album, or maybe it just feels that way because the short intro allows the listener time to build up and prepare for catharsis, in a way that the other tracks, piled up one on top of the other, don’t. Ultimately, Years Past Matter is the next step in Krallice‘s evolution, but it’s a small step. They’re still what they’ve always been, and they’re still awe-inspiring in their focus, ferocity and power, even if their music seems to get a little more conventionally beautiful with each album. This album is highly recommended, with one caveat: Listen to it through speakers. Their music doesn’t translate to headphones at all. Harmonies and overtones are lost; subtle interactions between the two guitars, and between the guitars and bass, disappear. Wait till you know your neighbors aren’t around, turn it up and let it fill the room.