BiS (Brand-new Idol Society) are a Japanese pop group who are maybe even more baffling and awesome than Kyary Pamyu Pamyu. Originally formed by singer Pour Lui, who gave up her solo career to start a group, they created some controversy in Japan in 2011 when they released the video “My Ixxx,” in which they appeared to be running around in the woods naked:

They started out independent, but quickly signed with Avex, one of the biggest Japanese labels, and later released the clip “Mura-Mura,” in which they appeared wearing bald-head wigs, performing as a ska-punk band:

And now they’ve gone one step further, forming the side project Biskaidan, a collaboration with Japanese noise legends Hijokaidan. Here’s their latest video, the title of which translates to “Matter of Taste Love,” or so Google says. (Apparently, it’s a cover of a song by Japanese avant-pop cult heroine Jun Togawa; check out the original.) Note the nod to Hanatarash‘s famous drive-construction-equipment-through-the-club performance at the beginning of the clip:

The self-titled Biskaidan album will be released on vinyl July 31 and on CD August 7. Only in Japan of course. Cover art (CD version) below: 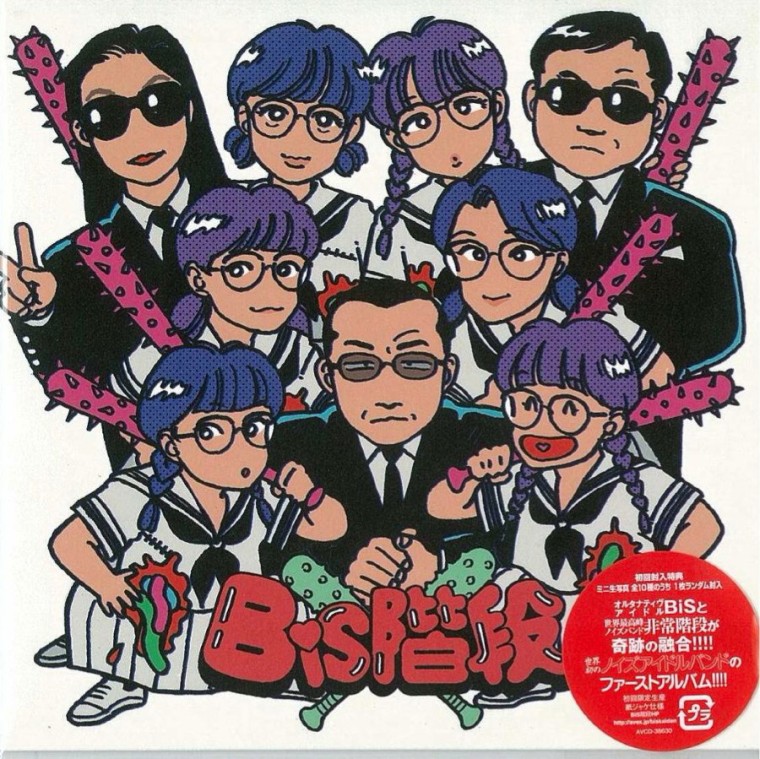