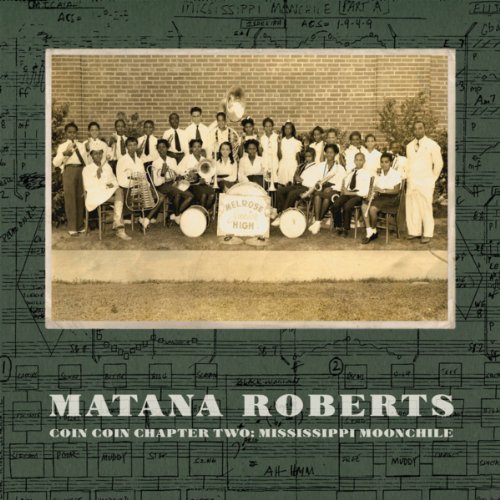 Stream “Amma Jerusalem School/For This Is”:

4. Mostly Other People Do The Killing, Slippery Rock (Hot Cup)

The fifth studio album by this wild quartet (and one of two albums they put out in 2013) comes swathed in eye-searingly ’80s cover art, and it’s mixed like a rock album. Kevin Shea‘s drums are explosive throughout, his kick sounding more like John Bonham than Elvin Jones and his thundering rolls across the toms capable of rattling your teeth loose; bassist/bandleader Moppa Elliott throbs like a whale’s heart right in the middle of the mix; trumpeter Peter Evans and saxophonist Jon Irabagon are given plenty of sonic space to romp and explore, and they do so at length and in a manner that suggests that while nothing is off limits to either man, the primary goal is fun—for themselves and the audience. No matter how far out the band goes, they always retain a fundamental sense of the blues, which keeps them firmly in the “jazz tradition” in the sense that you could play their music for someone totally un-versed in contemporary jazz and they’d say, “Yeah, that’s jazz.” Like every MOPDTK disc to date, Slippery Rock is the sound of four guys who are terrific musicians, but also great entertainers. (Read our full review.)

Watch the video for “Yo, Yeo, Yough”:

Brian Carpenter, trumpeter and leader of the Ghost Train Orchestra, is on a mission to make 21st Century listeners aware of just how much awesome music was being made in the early decades of the 20th. Not by rehashing the work of the big names (Duke Ellington, Fletcher Henderson, Count Basie, et al.), but by rooting out obscurities and tweaking the arrangements until they pop like fireworks. On the Orchestra’s second album, Book of Rhapsodies, he’s taken compositions by one group you may have heard of—the Raymond Scott Quintette—and three others you probably haven’t (the Alec Wilder Octet, the John Kirby Sextet, and Reginald Foresythe and His New Music) and arranged them for a 12-piece band and a choir. These pieces have titles like “Dance Man Buys a Farm,” “Revolt of the Yes Men” and “Her Old Man Was (At Times) Suspicious,” and they live up to them. Vocal chants, exotic violin lines, and stinging electric guitar surround the sometimes blaring, sometimes seductive horns, while the rhythm section keeps it all swinging. Basically, they’re a hell of a lot of fun.

Hush Point (the album) is an extremely refreshing listen, within the context of contemporary New York jazz. It’s quite subdued music, on the surface; drummer Vinnie Sperrazza plays with brushes throughout, Aryeh Kobrinsky’s bass sound is thick and soothing, reminiscent of Milt Hinton, and the tempos are medium to ballad. But trumpeter John McNeil and saxophonist Jeremy Udden are doing some pretty adventurous stuff on top of that steady rhythm bed. What’s most exciting about this album is the way these four players blend avant/free approaches to melody and interplay with techniques that go back to jazz’s earliest days—there’s an almost Dixieland feel to “B. Remembered,” and “Cat Magnet” is a strutting, finger-snapping blues, something that feels shockingly rare in a time when many young, critically hailed jazz musicians seem wholly allergic to the blues, or to any melody that doesn’t shove exactly how long they spent practicing at college in your face. Half the time, the members of Hush Point don’t even seem like they’re playing for a listener; with its gentle, unobtrusive drums, throbbingly human bass, and whispering, breathy horn lines, the album can make you feel like you’re eavesdropping on a private conversation. (Read our full review.)

Stream a teaser reel of clips from the album: 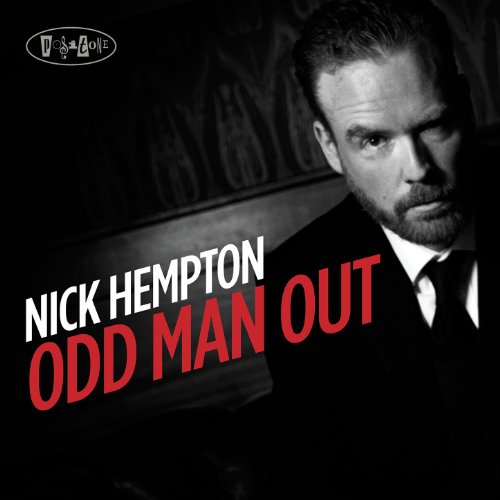 The third album from alto saxophonist Nick Hempton and his working band (pianist Art Hirahara, bassist Marco Panascia and drummer Dan Aran, plus guest trombonist Michael Dease) is the most purely pleasurable jazz record of 2013. Hempton’s music combines bop classicism with a sense of wit and fun, both in its sound and the track titles he picks (“I’m a Nurse, I’m an Engineer”; “Press One for Bupkis”; “Not Here for a Haircut”). Live, he’s a charming raconteur, never dumbing down the music but always keenly aware that he’s an entertainer and that his audience is there for a show, not a recital. His playing is melodic and bluesy, but light on its feet; he seems to hope dancing will break out, and perform accordingly. Odd Man Out is a more exploratory album than either of its two predecessors. It features nine original compositions and two covers—Duke Ellington‘s “Day Dream” and Randy Newman‘s “Blue Shadows,” from the movie The Three Amigos, and while most of the tracks focus on blues and swing, there’s a turn toward weirdness on “A Bicycle Accident,” which explores space and abstraction in a way that’s avant-garde without being alienating. Hempton understands that you’ve got to start with a song. A composition that’ll stick in the listener’s ear and brain, something that’ll make them put your CD in the player a second, third and fourth time, anticipating hearing that hook again. Odd Man Out is full of them. (Read an interview with Nick Hempton.)