Machine Head have now made four good to great studio albums in a row. They’ve abandoned the groove metal of their first two albums, and the nü-metal of the two after that, and perfected a somewhat melodic post-thrash style, heavy without being too aggressively extreme to appeal to the mainstream. Bloodstone & Diamonds is overlong at 12 tracks in 72 minutes—compared with the concentrated power of 2011’s Unto the Locust, it risks becoming exhausting. But there’s enough variation between songs, and there are enough subtly evocative touches (the semi-acoustic beginning of “Sail Into the Black” is extremely well done, and the strings on “Now We Die” and “In Comes the Flood” have a real emotional power), to keep it powerful rather than bloated. And they continue to grow and evolve: “Imaginal Cells,” an instrumental backing a spoken lecture about civilizational downfall and human potential, is something they’d never have done before.

On Blood Mantra, the sixth Decapitated album and the second since the 2007 road accident that destroyed the band’s original lineup, founding guitarist Wacław “Vogg” Kiełtyka has moved away from the experimentalism of 2011’s Carnival is Forever. They’re a pure groove/death metal band now. Rafał Piotrowski’s vocals hint at Max Cavalera when he roars, but there are strong elements of early ’90s Phil Anselmo, and even Gojira‘s Joe Duplantier, too. Indeed, several songs here are indebted to the French avant-metal act to a shocking degree; the title track even kicks off with a couple of Gojira‘s trademark pick slides. Blood Mantra is easily Decapitated‘s most listener-friendly, conventional album. It’s still extreme metal, but it’s almost impossible to imagine the band that made The Negation and Organic Hallucinosis growing up to make this album, and it feels like Vogg is purposefully distancing himself from previous work as a kind of emotional response to his personal tragedy. 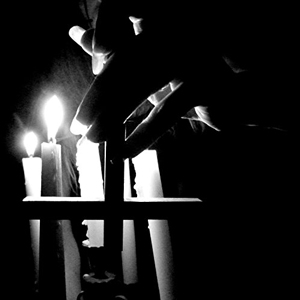 The latest Monarch album, Sabbracadaver, begins with three long minutes of drone—guitar and synth—as frontwoman Emilie Bresson whispers almost below the threshold of audibility. Then a riff, an actual riff, not just a massive chord, crashes in, and we’re into a song! The melody she’s singing would work just as well accompanied by mandolin and flute. Eventually her unhinged screams send the piece into hell, but even then, there’s a beauty to it. Monarch have absolutely mastered their ultra-individualistic sound, precisely located the poles between which they slip. The album concludes with the 18-and-a-half minute “Mortes,” an epic journey of low-end rumbles, crashing cymbals and sledgehammer snare, whisper-to-a-scream/whisper-and-a-scream vocals, and unexpectedly soothing electronics, arranged in almost ritualistic manner. Monarch are one of the most fascinating bands in 21st Century metal, and if Sabbracadaver isn’t their masterpiece, it’s only because labeling it as such would unfairly devalue the rest of their catalog.

The third album by the Hedvig Mollestad Trio, the heaviest jazz-rock outfit Norway’s ever produced, is every bit as intense as its two predecessors. Possibly even more so, given that it’s only six tracks long. The group, consisting of Hedvig Mollestad Thomassen on guitar, Ellen Brekken on bass (upright or electric, as needed), and Ivar Loe Bjørnstad on drums, whip up a furious storm of sound, combining Led Zeppelin-meets-Sonny Sharrock riffing and stoned/swinging rhythms with occasional side trips into quite meditative and beautiful jazz. Enfant Terrible features some of their fiercest and most aggressive material yet—it’s not metal, but it will definitely inspire more headbanging than finger-snapping. The first single, “Laughing John,” is a perfect example of them in riff-as-sledgehammer mode, while “Arigato, Bitch” is an eight-minute doom-jazz workout, and the album closer, “Pity the Children,” is a mournful blues for a world on fire. 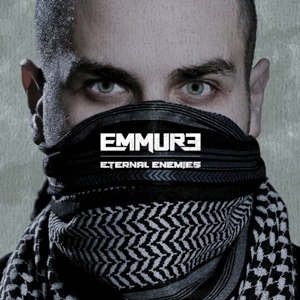 Emmure are today’s Limp Bizkit—apparently dumb as rocks, yet somehow capable of writing songs that create raw pleasure in vast numbers of kids most music critics would pay cash money not to have to hang around. Their latest slab of relentless, skull-battering deathcore finds them in top form. Frontman Frankie Palmeri’s as mesmerizing as ever, shifting from a nasal Noo Yawk whine to a bearish roar and back, and hurling paranoia, braggadocio, revenge fantasies, and threats in all directions, his seemingly unquenchable rage intact. Behind him, the music offers pavement-saw riffs, jackhammer drumming, and filling-loosening squeals. The mellow-ish closing track “We Were Just Kids” might surprise some, though. When it was first announced, the opening track on this album was called “Bring a Gun to School.” (It was later changed to “Untitled.”) Anybody who’ll include that and a song called “Free Publicity” on the same album is some kind of genius.